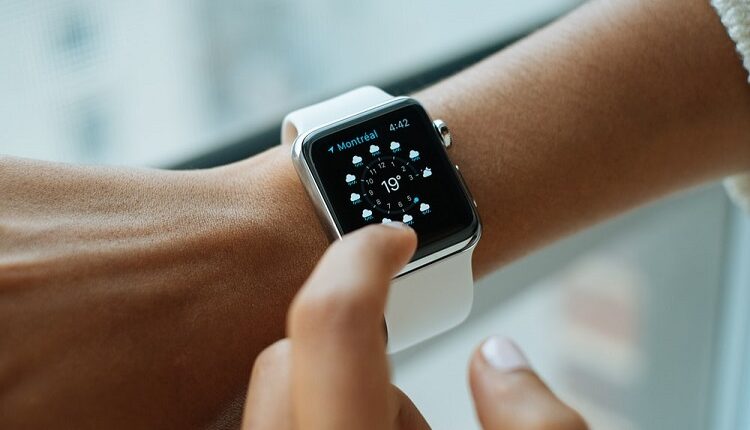 Like our world, the world of the watch has become smart! Every luxury watch brand is embracing the smart features adding it to their heirloom description.

If there are so many players in the luxury smartwatches, what to expect from the smartwatch launches?

Well, some smartwatches are so unique that make headlines. The date of their launch varies from the second half of 2018 to 2019. Nonetheless, these smartwatches have already grabbed the attention of buyers. Let’s check out!

Apple has launched its Apple Watch Series 4 along with its new iPhones at an event on 12 September 2018.

The pros of this series include awesome watch calls, improved designs and better specs. Series 4 got the rumoured bigger display with 30% larger screen. The text is bigger making it easier to read. And the buttons are bigger which reduces selection error.

Battery life will be similar to series 3 – 18 hours. Apple Watch Series 4 is thinner than the series 3. It has 50 % louder speakers. The body of black ceramic and blue sapphire crystals improves call reception. Loaded with speculations, Apple Watch Series 4’s fitness traker at par with any fitness wearable.

Montblanc launched its Summit running on Google’s Wear OS last year. And its new addition will run on Wear OS too. The launch of Summit 2 in October 2018 made Montblanc the first brand to launch a smartwatch with the latest Qualcomm Snapdragon 3100 chip.

Montblanc’s 1838 collection has inspired the design of Summit 2 smartwatch. It is available in various finishes such as black DLC steel, bicolour steel, stainless steel, grade 2 titanium. There is also a wide range of strap options available including Milanese steel, calfskin, nylon and rubber sport.

Montblanc summit 2 has a rotating crown with two push buttons which help in activating smartwatch apps and features. The watch is water resistant and comes with fitness features. This watch will cost you $995.

Louis Vuitton is also working on launching a new smartwatch after its Tambour Horizon which priced at £2100. The new smartwatch will have the Qualcomm Snapdragon 3100 chip. Apart from its processor, there is no confirmed information available about the new watch from Louis Vuitton.

If you are anticipating the launch of this device from the house of Louis Vuitton, expect the next smartwatch to be luxurious, stunning, expensive and very Vuitton.

Fossil Group is also trying its hands with Qualcomm Snapdragon Wear 3100 chip as a third partner. Although the company launched various devices that run on Wear 2100 chip in 2018, Fossil Group is expected to reveal new devices with new processors by the end of the year. Many expect the watch to have fitness tracker.

The WSD-F30 is suitable for outdoor functions and has rugged looks just like its predecessor. The watch will come with MIL-STG-810G and it will be available in various colours including black, blue and orange.

The Casio WSD-F30 will come with a 1.2-inch OLED display along with a monochrome LCD screen in a dual-layer setup. It will run on Wear OS. The watch will offer feature including pressure, GPS, gyroscope sensors and accelerometer.

Although the watch will have no heart rate monitor, users will get wearable maps in full colour and extended battery life of three days. You can also access Google Assistant.

BMW and Fossil Group have come together to create a BMW smartwatch and watches. Both the companies will start working of watch series in 2019 and will work together until 2023.

BMW smartwatch will be available in 4000 BMW centres and Fossil Group stores around the globe. There is not much data available about the BMW smartwatch design and features.

We can also expect stunning BMW hybrid watches with analogue watch faces. A luxe design loaded with apps and specs can also be expected from the collaboration. You can also expect a fitness tracker.

Did any of the watches in this list surprise you?? Do want us to cover any smartwatches? Let us know in the comments below.

The Undeniable Benefits of Hiring a DJ for Your Next Event

Can get the plus size men jackets at low cost?

Watch For Men Tips to Buy the Best